Paintless dent repair also known as paintless dent removal or PDR, is an environmentally friendly automotive dent removal technique. It leaves no carbon footprint and is a lot faster and a lot less expensive than that of traditional dent repair. Innova Car Care’s team of experienced and highly trained auto dent removal technicians utilize special tools to gently & efficiently apply pressure while massaging out small dents, dings, creases, or hail damage, restoring the area to its original factory-like condition. In most cases with paintless dent repair, there is no bodywork that needs to be done & no paint matching required. Although, it is important to note that bodywork & paint matching can occur depending on the individual circumstances of the vehicle

If you are looking for, paintless dent repair near me..or you, look no further! Innova Car Care is here to provide you with the best paintless dent repair service available in Greensboro. That’s a big statement and we stand by it! We not only strive to provide the best workmanship for each and every one of our clients, but we also stop at nothing to ensure you receive the absolute best customer service possible. We are an ARC Certified Paintless Dent Repair and Hail Damage Repair shop, which basically means we’ve undergone a top industry certification to ensure our technicians not only have the experience but proper training in all areas of PDR.
So when you discover a dent, ding or crease on your vehicle, you know to call Innova.

Can All Dents Be Removed With Paintless Dent Repair?

Reach out with a question or schedule a free vehicle assessment. Our team of auto dent removal and paint protection experts are here to provide you with genuine service from start to finish. Now that those dents are removed, our paint correction and ceramic coating specialists are ready to help you enhance your vehicle’s paint, gloss & shine! Give us a call or fill out one of our quote forms today!

Also known as PDR or paintless dent removal, paintless dent repair is an environmentally friendly technique that when performed by a skilled dent removal tehcnician, removes dents, dings, & creases seamlessly. Leaving no carbon footprint whatsoever, PDR is a lot more cost-friendly than traditional dent repair & takes half the time. And probably one of the best things about PDR is there is no bodywork required & no paint matching needed EVER! It is important to note that not all dents & small surface damage can be repaired utilizing PDR. It is always best to have your vehicle assessed by a professional paintless dent removal expert.

Auto dent removal experts utilize special training & tools along with skill & precision to gently & effectively massage out indentations or creases on the surface of your vehicle. Your car, truck or SUV surface is restored back to its original factory-like finish. And in some cases, it looks even better!

Unlike traditional dent repair that just fills the dent & doesn’t actually repair it, paintless dent repair actually fixes the issue. It pulls the dent out and it also helps you to maintain & can even increase your vehicle’s overall resale value. Traditional dent repair requires bodywork, paint matching & a lot of time & money. Paintless dent repair can be done in half the time for a fraction of the cost, although hail damage repair can take a little longer than your normal PDR service due to an excessive amount of small dings & dents.

Yes, you can! In some cases, paintless dent repair has to be done in order to even apply a ceramic coating. Should you have any dents, dings, or creases in your vehicle they will need to be addressed and taken care of first. Dent removal is extremely important so that the ceramic coating can be applied as evenly & precise as possible. 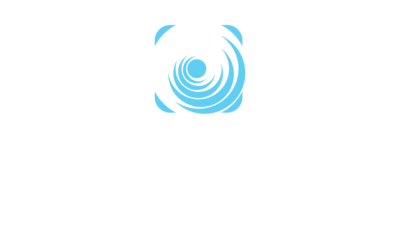 Get An Estimate / Schedule

Get in touch today to repair dents and dings and to keep your paint protected with out ceramic coatings.